A Century in the Making

We look forward to celebrating this milestone all year long!

Thank you Anniston, for a century of support!

Santa Claus is coming to Ford!

Free candy for every child.

Trick or Treat Drive Through

We gave out more than 600 bags of candy to children who visited out drive through. We also provided pizza or hotdog lunch to approximately 500 parents and children and ice cream treats to more than 300 guests.

Anniston High School Cheerleaders painted hearts, butterflies, and other designs on children’s faces, and a balloon artist provided unique balloon animals for free. Also found at the carnival, a Duck Pond and a petting zoo provided by Dustbunnies and Dog Hair. An Alpaca, llama, goats, sheep, pigs, and a miniature horse stayed cool in the shade of canopies and posed for pictures with carnival goers.

Jacksonville State University’s Cocky made an appearance at the carnival, and hundreds of prizes were awarded during the afternoon including Walmart, Amazon, and Netflix gift cards.

Thank you to everyone who volunteered and attended the Sunny King Ford 100th Anniversary Party!

Deidre Mundy won the 2022 Ford Bronco Sport on April 28, 2022. The giveaway was the grand finale of an evening of celebration at the City Meeting Center in Anniston.

Complimentary hors d’oeuvres, beer, and wine was served leading up to the giveaway. Local band Highway 77 performed inside the meeting center and vehicles were on display from Sunny King Ford, Sunny King Honda, and Sunny King Toyota. 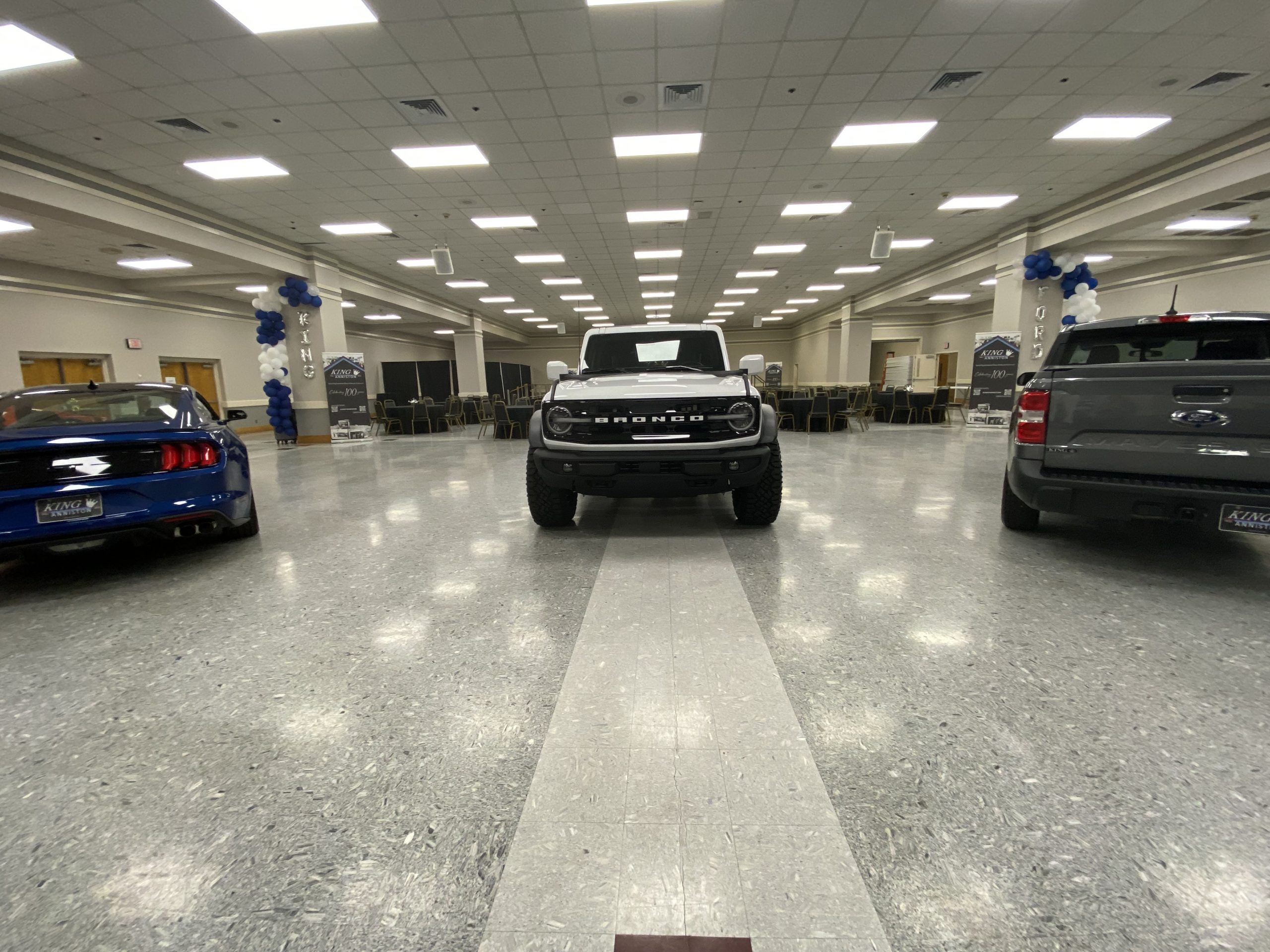 Learn more about our history by visiting sunnyking.com.

On the Sunny Side of the Street

Showroom: 1507 S Quintard Ave Anniston, AL 36201-8294
Although every reasonable effort has been made to ensure the accuracy of the information contained on this site, absolute accuracy cannot be guaranteed. This site, and all information and materials appearing on it, are presented to the user “as is” without warranty of any kind, either express or implied. All vehicles are subject to prior sale. Price does not include applicable tax, title, and license charges. ‡Vehicles shown at different locations are not currently in our inventory (Not in Stock) but can be made available to you at our location within a reasonable date from the time of your request, not to exceed one week.

Find Your Next Vehicle

search by model, color, options, or anything else...